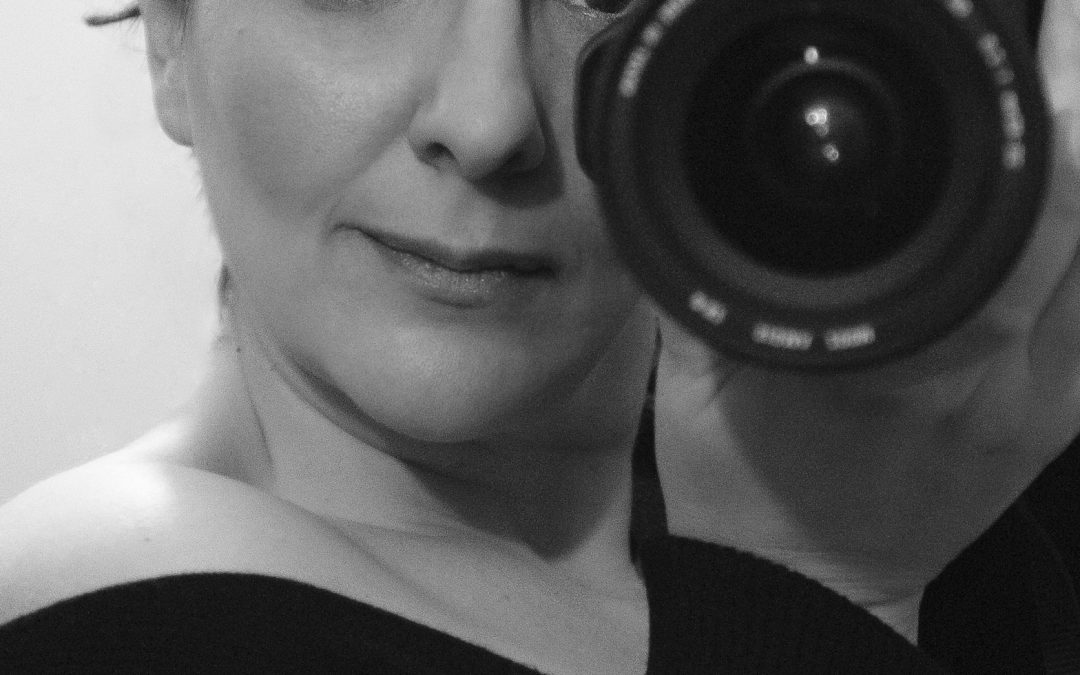 Yesterday I heard a song that took me right back to my childhood and which, for some reason, reminded me of my journey, which began as a child who loved art, but who failed at many of its disciplines, to becoming a photographer much later in life.

I laughed a great deal recalling all the details, and here I wanted to share some of this journey with you!

Whether you laugh, are inspired not to give up on your own passion, or both, I hope that you at least enjoy reading about it. 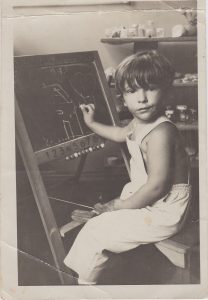 “The back of this photo states: “Andrea, October, 67. Kindergarten, 2 years and 11 months old – My painting and drawing skills have not improved a bit, since then… “

One of my earliest memories of dipping my tiny metaphorical toes in the world of art, was that of being led by the hand, by my mum, to painting classes.

I could have been no older than 6 or 7 but I still clearly recall sitting in front of the canvas, holding the drawing charcoal, and being asked to draw the basket full of fruit which sat proudly on a table, in the middle of the studio.

I still also recall the feeling of terrible disappointment at the realisation that my effort resembled some sort of mutant elephant, rather than any fruit known to mankind!

I do not recall going back to these classes after that first huge fail, and maybe if I did go back the memory of my awful paintings is so traumatic that I erased it from my memory – but a more likely scenario is that the teacher told my mum not to waste her money.

I was definitely no Caravaggio!

Not being ready to give up on her dream of making me into some sort of artist, for some reason my mother thought it’d be a good idea to book me private piano lessons.

What she neglected to consider (or recall), was the fact that her “little angel” had the concentration ability of a flailing fish!

I still remember this lovely lady’s home, and in her private study a beautiful piano occupied a corner, waiting for the next pupil who would dedicate hours to its study.

Not really understanding (or caring) why I was there, and what I was supposed to do, I managed to sit and pay attention for a record-breaking 5 minutes.

I then proceeded to try and play the piano with my feet – because it was fun!

My mum was called to collect me and politely told not to bring me back. Fair do’s. I really did not want to go back!

Yes! Finally, something I could get on board with, and actually enjoy.

After all, I had some of my friends with me in this endeavour, we were going to learn together AND have fun!

I do not recall how old I was, but I am guessing about 9 or 10, and I had the self-confidence of someone much older and wiser. I was also ready to learn an instrument, and I was going to be amazing at it!!!

I clearly recall my audition with the music teacher, and I also recall walking out with a clear choice of instruments to choose from:

Oh, well… At least I was in the percussion part of the band!

But it did not last…

I took a break from the arts for a while and instead became an accomplished, if somewhat bruised, roller skater – but that was just for fun!

It was summer and I could not be bothered with trying anything new.

Soon enough the new school year beckoned, and I sincerely cannot recall how it happened but I got roped into a school production of a Disney-based play.

I do recall my mum being in the audience to watch my award-dodging performance in this “play” (I use the term very loosely, here) and as soon as the curtains came down I vowed never to tread the boards again, as I found the experience frustrating – I hated learning lines, was no good at it, and saw no point in it!

Acting was definitely something I did not enjoy!

I FINALLY FOUND MY FEET!

In my teenage years, everything changed for me!

I enrolled in a class of Modern Jazz Dancing, and it was a game-changer. I found something I was genuinely good at AND enjoyed. I was not the best dancer, but I was good and I got a lot from it.

It is absolutely true to say that dancing stirred my soul, inspired me, and gave me boundless confidence. It was my art. My exercise. My passion.

From that point onwards, I knew which form of art was right for me and I spent about 5 years dedicating myself to dance, and dance alone!

I still dance, most days, and practicing dance has ensured that I remain flexible and energetic, even as I age. It is a true blessing…

AND THEN I FOUND MY VOICE!

The era of Karaoke arrived and with it came the realisation that years of singing, in strictly a non-professional capacity, had paid off and I could actually sing in time, in tune, and without driving everyone to leave the room.

Jump forward a few years, and I actually joined a band and wrote my own songs!

We were featured in a program called “Bandstand”, by Anglia TV, which no longer exists (I swear I had nothing to do with their demise) and I was even contacted by a record producer from Scotland who wanted to manage my fledgling “career”.

For various personal reasons my career never took off, as life got in the way, and I abandoned any notion of becoming a professional singer/songwriter.

Though the highlight really happened for me a couple of years later when I was contacted by the producer of Bandstand, asking me for permission to feature me and the band in “The Best of Bandstand”!

FROM THERE TO HERE – IT WAS A BIT OF A WINDING ROAD!

Many personal crises ensued in my life, and the pursuit of any artistic career was but a distant memory.

I’d go as far as saying that I had no interest, or time, for any of it!

I spent many years on survival mode, on my own, and only danced or sang for fun…

Later, I became settled into a routine and a desk job that required no imagination or artistic flair, whatsoever.

Then, in late 2002 everything changed again and for many reasons which I will not go into right now, as this is a whole story by itself, I went back to college to study photography, of all things!

I fell in love with photography, I improved my skills, I set up a business. I won awards. I feel happy and fulfilled.

Seventeen years later I sit here at my desk, in my studio, and I decide to tell this part of my story, which I think has many hilarious moments!

I look back with a sense of nostalgia and amusement, as I clearly trace this part of my story and realise that my mum, as always, was right: Art is my thing!

It just took me 37 years to find the right genre, but I did find it!

I think that every story should have a “Moral Of The Story” part, so here it is:

It may take years, or you may have already found it…

Either way, don’t give up and when you have it, treasure it – Because if you have found something that makes you happy, you are already luckier than most!