Sandra Garlick MBE Announced as Ambassador for The Luca Foundation 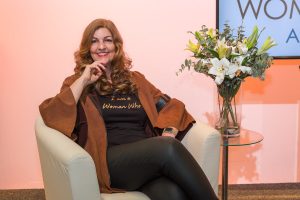 ‘I had the privilege of getting to know Sharon when she joined the Woman Who Achieves Academy and truly admire her for speaking out about Luca and sharing her story about baby loss to highlight the The Luca Foundation and its aims.

Luca’s legacy lives on through the work Sharon is doing and ensures that parents and families have that extended and such precious time with their baby.

I am honoured and delighted to be an Ambassador for The Luca Foundation .‘ Sandra Garlick MBE, Woman Who

The Luca Foundation supports bereaved families during their darkest time (both imminently & long-term) affected by baby loss. Providing cuddle cots which will allow families time to say goodbye to their child.

We also fund better health service provision for expectant mothers and families to eliminate the risk of baby loss; sharing best practice and supporting similar ventures, charities, and organisations across the UK.’ 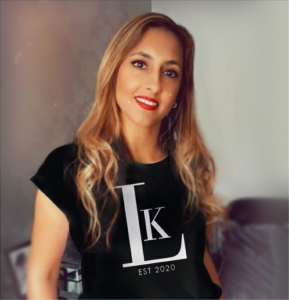 Sharon said: ‘As the Founder of the Charity, I invite who I feel is appropriate as a Trustee, Ambassador or Patron. On this occasion, I spoke to our Charity Trustee Karen Heap, who also knew Sandra as well or maybe better than me as she is also a Woman Who Judge. I asked Karen, do you think Sandra would have the time to be an Ambassador for our charity as she is a very busy lady. Karen said Sandra would be a fantastic person to join as our new Ambassador and if she didn’t have time, she would be honest with us and say so.

I have always been open about the loss of Luca since starting the charity in 2018. This has encouraged many others to open up about their baby loss too. Sandra was one of those ladies during Baby Loss Awareness Week in October 2020. Her understanding of the charity’s aims and empathy for the cause was very clear. Sandra is a person that gets on with things, a ‘doer’ like Karen and I.
We knew that Sandra would help build awareness of the charity, our events and be there when we need to lean on her as she is full of knowledge. All of these great attributes make Sandra a perfect Ambassador for The Luca Foundation. All the Trustees were delighted to hear that Sandra had accepted the invitation to be our new Ambassador.‘ Sharon Luca, The Luca Foundation

Here is a little more about Sharon’s and her story in her recent blog on Woman Who’s Communication theme in April. Sharon’s full story featured in the 2021 Edition of ‘I Am A Woman Who‘

Since starting my charity ‘The Luca Foundation’, in 2018, in memory of my son ‘Luca’ who was stillborn at full term in June 2012, I have started networking, connecting with new people, and had to build a new level of confidence.

Having been a Project Manager in a career that ended due to my illness ‘Fibromyalgia’, I’d been used to giving presentations to company Directors, Board members, etc in person…however, I lost that confidence when I became disabled. I felt that people only saw my walking stick, rather than seeing me.

I don’t take a salary from the charity and I needed to earn a living. So, two years later my online business ‘LK Eco Style’, featuring ethical, vegan clothing was launched.

Suddenly, Communication was the key to explain why what, and where I am now! Many people have said that they are inspired by my story, others have questioned why I share so much. The latter is easy to explain; you see, sharing my story explains why I do what I do. It explains that following a breakdown in June 2018 on Luca’s 6th birthday, after having just lost my career and being in crippling pain due to the illness, it became my breakthrough.

It lasted about a week with me crying and screaming into pillows. I was fatigued and drained. It was that breakthrough, that made me realise I am now in a place to do something positive in Luca’s memory.

My communication started with Social Media, on all 3 main platforms, Facebook, Instagram & Twitter. I had never used Twitter but soon learned how and the others I had used for personal accounts. I needed to reach out to friends who used social media well to learn more. Quite quickly my communication spread and we had people and companies fundraising for us. We raised over £8,000 in our first 9 months.

Communication was no longer verbal as I was used to doing in my career, it was digital.

Someone mentioned Canva to me, ‘what is that’ I replied? Gosh, I was so out of touch having worked in the corporate world for so long and now, at 42 years old, I felt old!

I attended a few training sessions, which lasted an hour or so to learn the tips I needed to use Canva and before long I was creating posters for advertising our charity events on social media. Communicating that I needed help to people I knew, helped lead me to networking groups that have helped me get to where I am now. By the time I decided to start my clothing business, I was already comfortable with how to spread the word on social media and use Canva along with other tools to design the flat shots of my clothing.

The key here is to learn that in the 21st Century, communication is no longer just a conversation and letters…it is now, emails, social media, smartphone apps, zoom, hashtags. Yes, the right hashtags will help you reach your ideal audience on Instagram and Twitter.

In 2020, I also learned that LinkedIn was no longer just for your career, so I updated it with what I do now and started sharing my story. Since then, I have helped so many women who were struggling with the loss of their child. I connected them to support groups…one lady thanked me personally for changing her life.

This is why I talk openly about the loss of my son; bereavement needs to talked about, not bottled up. The same goes for children, hence why I wrote ‘Why did Grandad Die’, explaining bereavement to children whilst protecting their mental health for my charity. This was recently acknowledged by Kensington Palace, who, also wished us every success to obtain funding to donate the book to all Primary schools across the UK by sending the traditional letter.

Communication is in many different forms and is vital for everything in our lives, from Mental Health, Business, Charities, Events, Advertising, Personal care, Sanity, Announcements, or simply keeping in touch with those we love and care about.

I personally love being able to leave a voice note on WhatsApp rather than typing a long message… Have a think about what forms of communication you use, which is your favourite, and why?